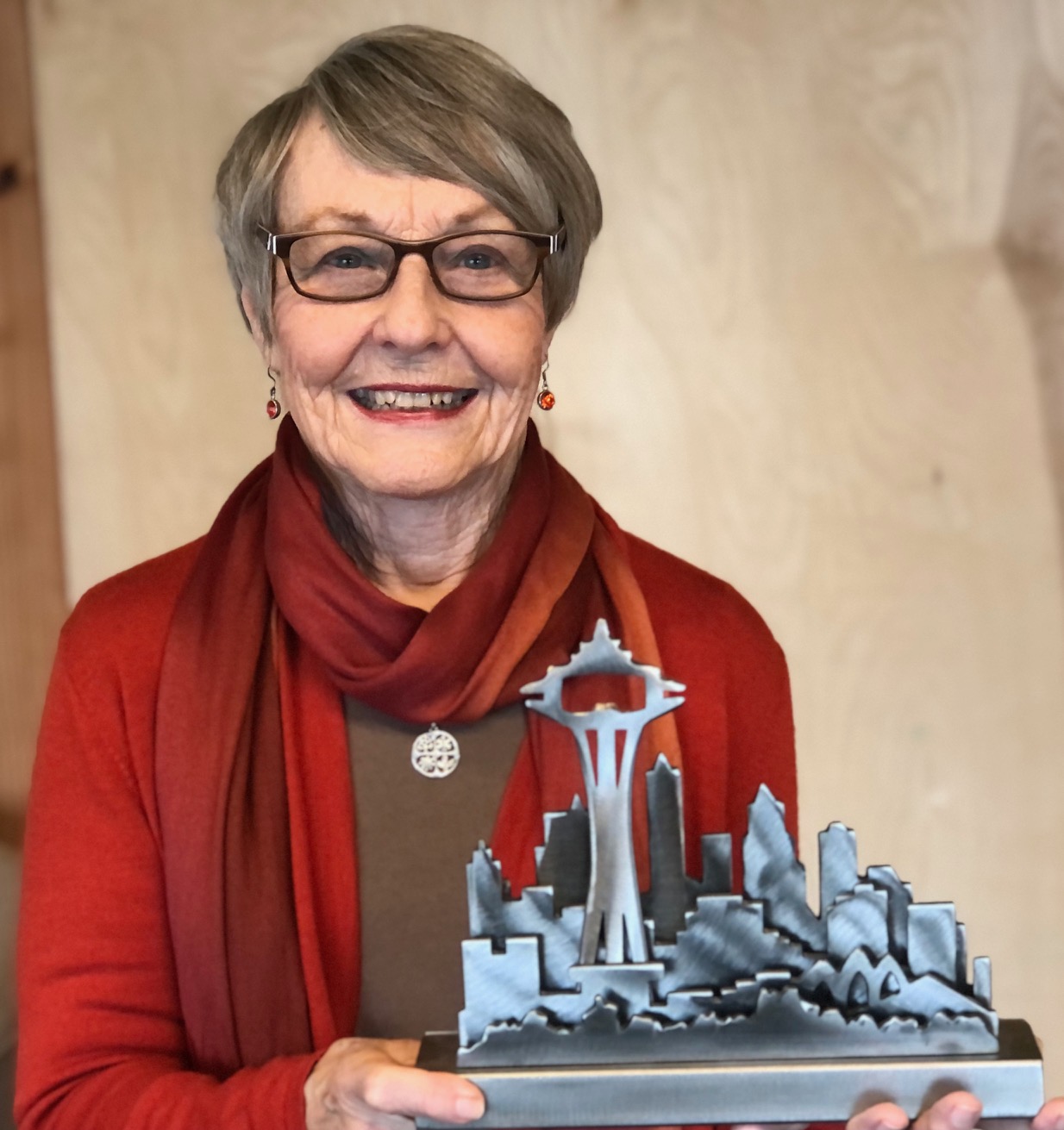 She helps people face the fears and challenges of death and dying, isolation and exclusion, and does so with a chaplain’s heart fueled by courageous advocacy.

For her decades of innovative caring for our neighbors, the Companis Board of Directors honors Trudy James with our highest honor, the Janet G. Newell Award for Community Service. We invite you to watch this brief presentation and interview with Trudy James, conducted by Dr. Sarah Speck, MD, Companis Board President.

Then, view this two-minute testimonial to Trudy from former Companis Board President and longtime Companis Worker Sterling Morris. He served in placement with Trudy at Multifaith Works from 2003 to 2007, as part of her inspired AIDS Care Team programs, and in direct service to our neighbors living with HIV/AIDS.

Trudy created the Speaking of Dying film project in 2015. This 30-minute documentary educates and informs people who are dying and their loved ones about how they may experience, as Trudy advocates, “how to have the best possible death.” Her work is groundbreaking as it’s challenged by a culture that is quick to deny death and mortality. Trudy’s work focuses on the basics to help people walk through difficult conversations and complex emotions, as well as manage practicalities with medical and legal preparations for dying well.

The Care Team program lives on today as part of The Samaritan Center of Puget Sound, following the closure of Multifaith Works a few years ago.

The Janet G. Newell Award for Community Service is named in honor of Janet G. Newell, now retired. She was the inspiring force behind the former Companis Neighborhood Center at Seattle First Baptist Church, a precursor to the modern Companis. Seattle First Baptist Church and founding director Craig R.J. Darling founded the modern Companis in 1994. Janet later founded of R.O.A.R. of Washington, which served as a primary service outreach in Seattle to our unhoused neighbors.

Award recipients are chosen by the Companis Board annually, and will have performed outstanding personal acts requiring exceptional commitment, talent and time that have positively impacted the lives of our neighbors, particularly through their work in the nonprofit sector. Trudy James is the Newell Award’s 15th recipient.

Join us Sat., July 31st, for this Spotlight outdoor event! 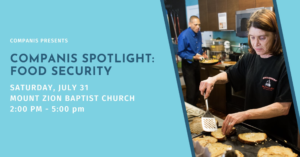 We’ll gather in the parking lot of Mt. Zion Baptist Church in Seattle, from 2 to 5 PM to learn how Companis and our nonprofit partners are addressing food security among our neighbors.