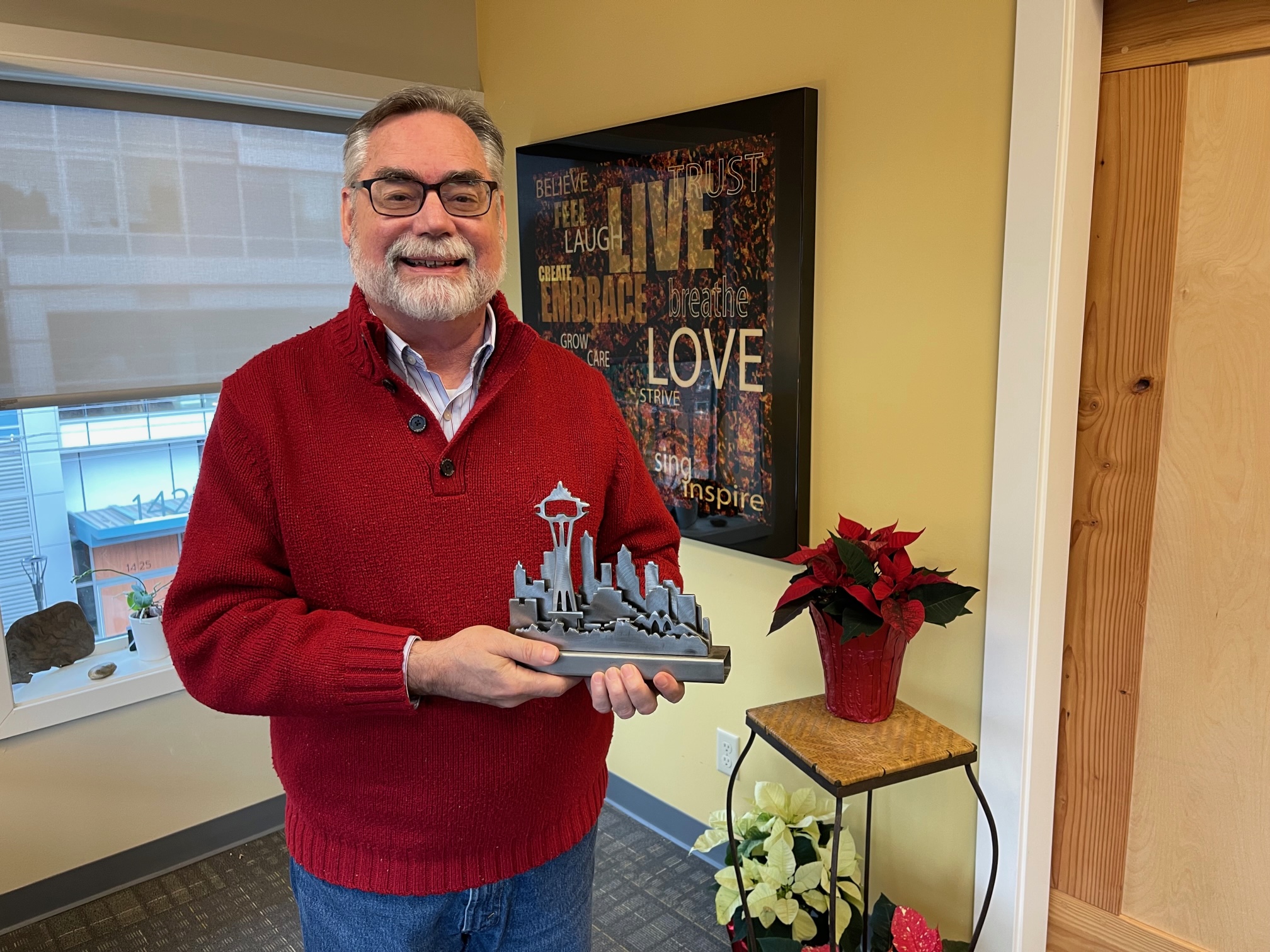 A former Companis Worker and veteran leader of the Companis model for volunteer support in Seattle and Chicago is the 2021 winner of the Janet G. Newell Award for Community Service. Rev. Dr. Tim Phillips, lead pastor at Seattle First Baptist Church (SFBC), is the recipient of Companis’ highest honor, voted on by the Companis Board of Directors.

The award was established in 2006. The annual recipient “will have performed outstanding personal acts requiring exceptional commitment, talent and time that have positively impacted the lives of our neighbors and area nonprofit agencies.” Janet Newell, whom the award honors, served thousands of our neighbors in Seattle, first through SFBC outreach, and later founding one of the leading referral services in the region for our neighbors seeking assistance.

Rev. Phillips’ tenure as a Companis Worker in AIDS Pastoral Care during the 1980’s (through the first Companis model known as the Esther Davis Center in Chicago) eventually led to his shepherding the Worker Support groups, both in Chicago and later in Seattle, with the modern Companis. Since 2009, he’s been lead pastor at SFBC, a role from which he’s retiring in February next year.

Companis Executive Director Gary Davis sat down with Rev. Phillips to talk about his journey as a pastor and with Companis . His reflections exemplify a life and a call that supports people who “never underestimate the power of showing up.”