Something to Chew On: Bringing Dental Care to Schools 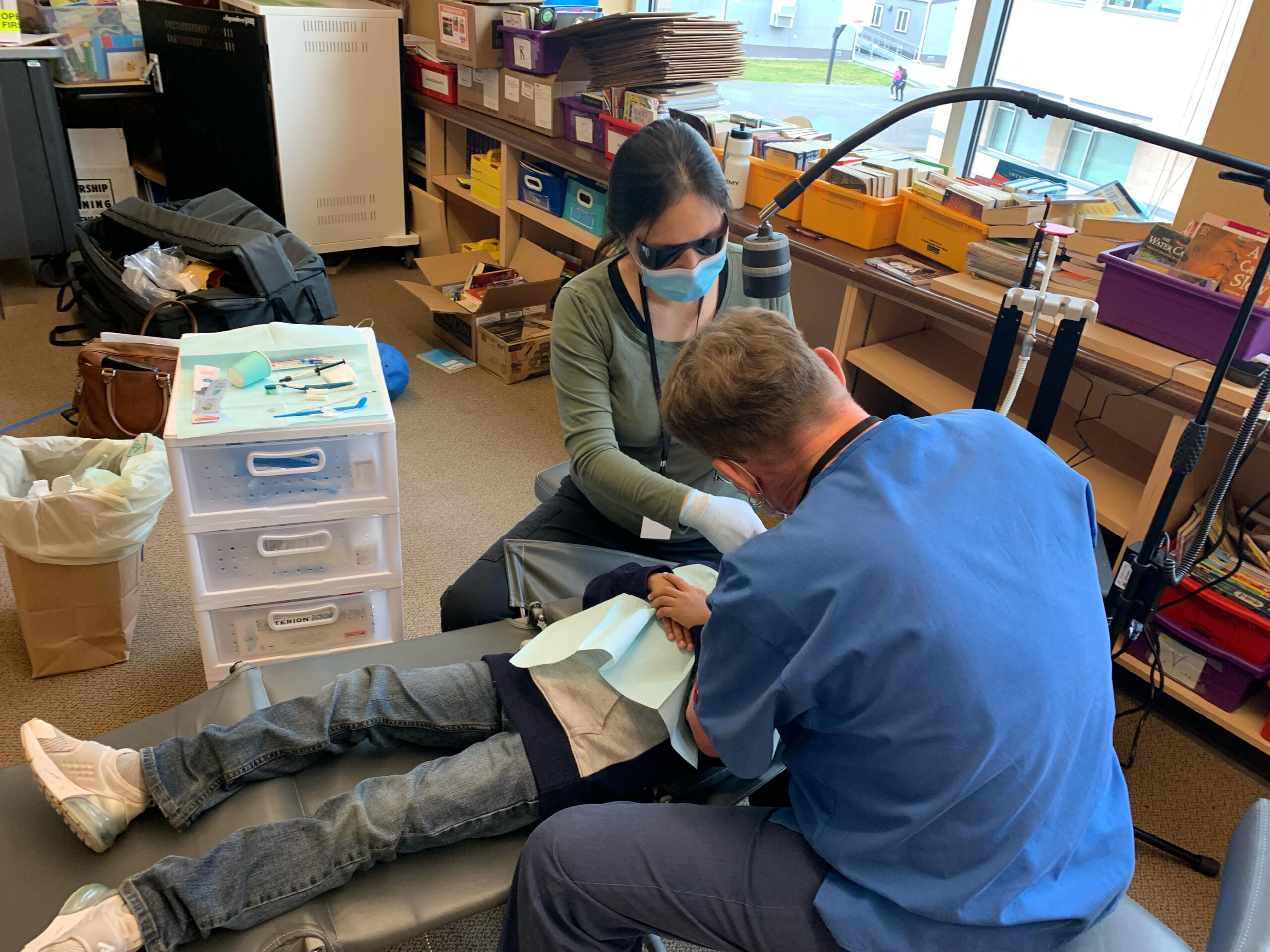 Dental care for underserved communities was Dr. Bill Leicht’s passion for his 30-year career, most of which was spent at a community health center in New York. After retiring as the center’s Dental Director, he moved to Seattle to start his next chapter which, lucky for our region, includes a commitment to this work as a volunteer. It was through Companis that Bill was introduced to the Seattle-King County Dental Society (SKCDS) which had just been awarded a grant to create a mobile dentistry program that goes out to schools to apply sealants to kids’ molars as well as fluoride treatments – important steps to prevent tooth decay.

Companis introduced Bill to Dr. Randy Ogata, Executive Director of SKCDS. Randy was eager to get the program going but he needed an experienced dentist to get it off the ground. “We went to our foundation to ask for seed money for the funding, wrote a grant, and had the money to get started,” says Randy, “but I didn’t have the capacity to do it myself. That’s when I mentioned it to Gary (Executive Director of Companis) and he said ‘I have someone you might want to meet!’”

Bill’s expertise made him the perfect fit for heading up this initiative, given his deep background in running programs like this across a three-county area in upstate New York. “One of my passions is helping kids in underserved areas. So when this came along, I said, ‘This is what I was meant to do!’”

Once the Companis placement was made, Bill and Randy went to work ordering equipment for the mobile clinic. Schools were also contacted – a process that took months.

The need for dental care is high among many school children in King County, and the sooner dentists can treat the kids who have molars breaking through, the better. “Apart from COVID, the number one reason children miss school is due to dental infection,” Randy says. That adds up to millions of school hours lost each year because of dental-related problems, according to the U.S. Department of Health and Human Services.

Randy says Companis listened to what his challenge was and then helped him come up with a solution – in this case, introducing him to Bill who signed on to the project as a Companis Worker. “Companis also has a lot of connections across the nonprofit community, so we help each other. When you communicate together and work together, it makes the community so much stronger.”

Getting the program up and running has taken Bill almost a year, especially when you factor in complications with COVID. But he stayed with it, working closely with the Highline School District in South King County, and finally got the mobile dental clinic launched at Midway Elementary in Des Moines in the spring. He brought other dentists along to assist him, including Randy. He’s now working to line up more of the 18 elementary schools in the Highline School District for the fall and wants to go into classrooms to provide dental education.

Bill’s work at SKCDS is exemplary of what Companis is here for –  to build relationships and bridge the gap so that nonprofits can succeed in delivering vital services with the help of a Companis Worker. In this case, that means bringing dental care to school kids who need it.