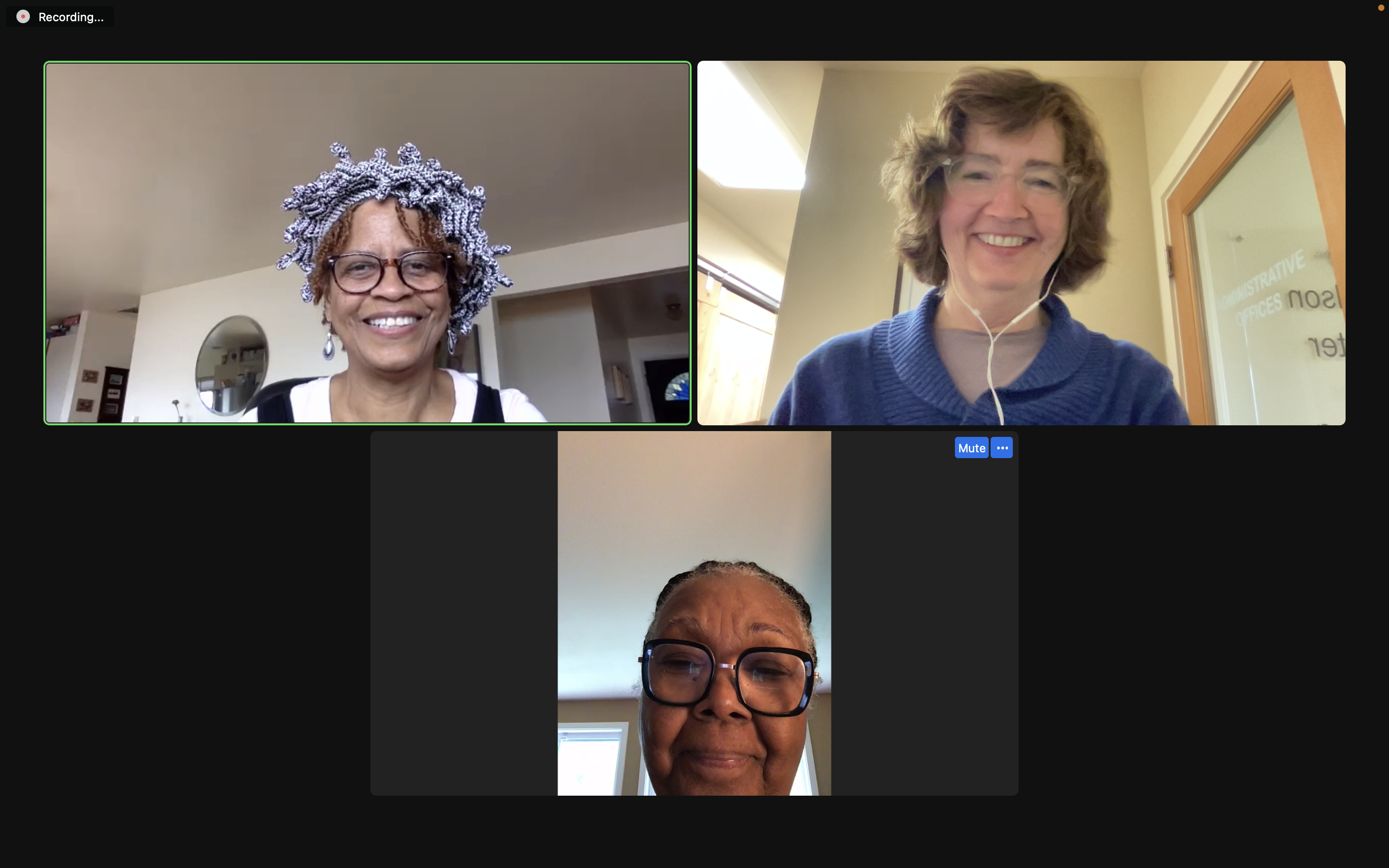 The hat is the first thing that catches your eye. Alfreda Lanier, co-president of Seattle-Limbe Sister City Association, is wearing a Bamileke hat from the Bamileke region in Cameroon. As seen in the screenshot from our Zoom interview, it’s a crocheted hat with finger-like shapes bursting out of it. “When we went to that area, we saw these hats on everybody with different colors and all kinds of different designs,” says Alfreda. “The extensions on them represent peanuts which represent wealth. We brought these hats back and we’ve made that part of our fundraising.”

Alfreda is one of two dynamic leaders of Seattle-Limbe Sister City Association (SLSCA). The other co-president is LueRachelle Brim-Atkins. LueRachelle has been active in African sister cities efforts for about 20 years. Alfreda came on later as vice president but LueRachelle says Alfreda was doing so much that she was soon invited to be co-president.

The organization is focused on the critical needs of the people of Limbe, Cameroon, including reusable menstrual care kits for girls. Over the years, sewing circles have been formed in Seattle to make these kits, followed by several trips to Cameroon to distribute the kits and teach women in the region to sew their own. The other crucial need is access to clean water. “I just love to drink water and I just kept thinking how important it is to sustain life,” says LueRachelle. She says SLSCA collaborated with Limbe Rotary for five years, and along the way brought in Seattle Rotaries to help make it happen. “We just got a clean water project system in the Limbe Regional Hospital. We got a borehole dug and a water storage tank installed!”

LueRachelle says SLSCA gets things done by collaborating. “Collaboration is the most important thing we as human beings can learn to do. We want people to talk across what I call ‘imaginary lines.’ Men, women, people of different racial groups, people in different religious groups. Just get together and do something for somebody else without thinking about what your imaginary line is. We can do all kinds of things if we just take the time to sit down and talk to one another.”

That spirit of collaboration is what led LueRachelle and Alfreda to Companis. The group was looking for a bookkeeper and through another board member and her friend, Companis was mentioned over lunch. “You’re only one or two people away from what you need. It’s just a matter of asking and putting it out there,” says Alfreda. “Then about a month later we were pleased when Companis shared Christine Go’s name with us.” Now a Companis volunteer placement with SLSCA, Christine was looking for an organization that could use her bookkeeping skills. “Companis sent us her resume and it was like, wow! Then Christine looked at our website and learned a lot about us and was on board with our mission.” Although Christine is new to this placement, Alfreda says “We look forward to working with her more and are excited about what she has done so far!”

Christine says the SLSCA mission really resonates with her. “They’re not just raising funds but actually donating their time to do something tangible.” And as for volunteering as a skilled professional, Christine says, “It fulfills me, gives me purpose, and makes me feel useful. The ROI (return on investment) of volunteering is immense and adds meaning to my life.”

There’s an aphorism LueRachelle likes that speaks to the importance of collaboration. “‘If you want to travel fast, go alone. But if you want to travel well, travel with others.’ Everything we’ve done has been even better because we’ve done it with other people, and working with Companis is no exception. We can rest assured that our financial records will be kept in good order. We want to be in good stead with the communities we work with and with the IRS. So all of that is really important and we’re grateful that Christine and Companis can help us with that.”